Parallel to Interstate 680 and the Union Pacific railroad tracks is a landmark that bicyclists refer to as graffiti bridge. Does this bridge rightly have a name? I don’t know, but graffiti bridge is a good locator when trying to get your bearings as you bicycle the Sunol/Pleasanton (and if you are feeling particularly adventurous or suicidal, /Niles) bike loop. It is the most monumental graffiti in this area simply because of its location along a suburban country road lined with trees and pasture.

From Public Roadway to Private Underpass

Graffiti bridge is done up in red and white, green, and blue aerosol spray paint. Sitting directly on a public roadway, its colorful paintings are accessible to any who care to stop and look. The opposite is true for the rest of the graffiti featured here. This second set of graffiti is located on private land close to Happy Valley Road. Tucked behind a gate that is operated by a digital keypad, the tunnel paintings are barely visible from the street. Still, enough of it is visible to arouse curiosity. And so, one morning, just as the owner emerged from behind his gated, protected from the public, lands, I was able to get his permission to view as well as photograph the pictures in the/his tunnel. I doubt very much, that the taggers had permission to enter the space and create their art. Such is the nature of graffiti. 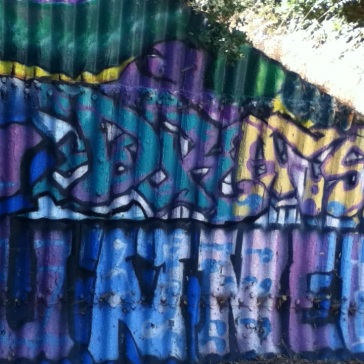 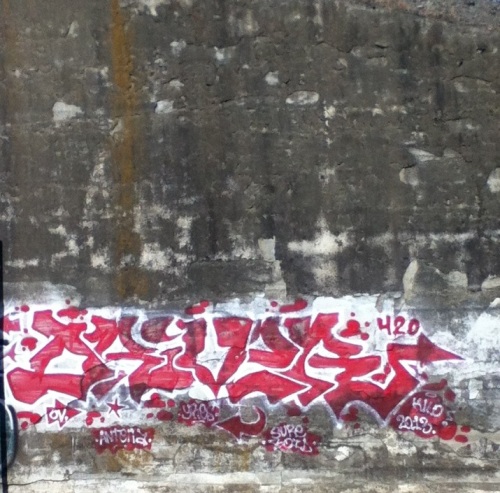