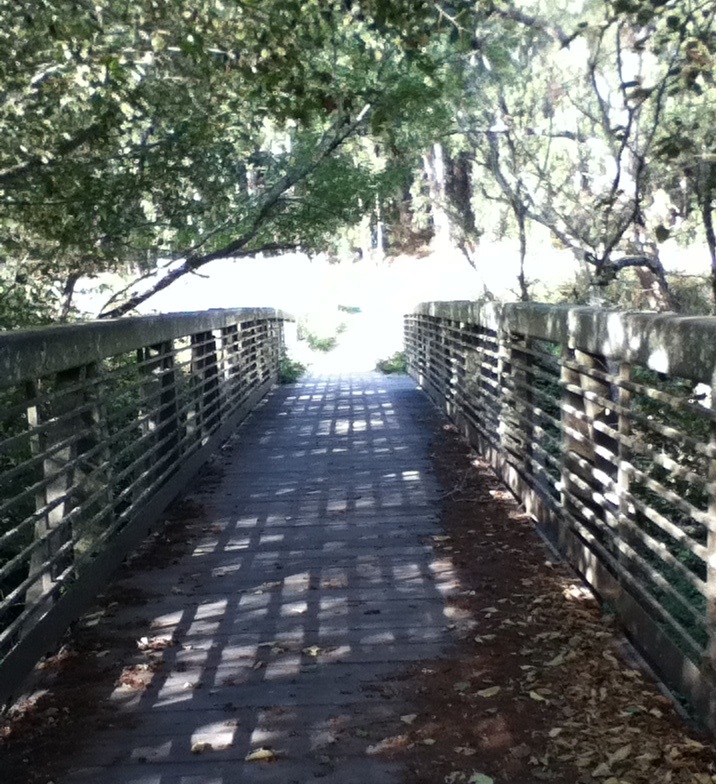 Costonoa is a great place for hiking and camping. It is just down the coast from Pigeon Point and not too far from the Pie Ranch and Ano Nuevo State Park. I last hiked here during the first week of October and although it was over eighty degrees, I still needed a long-sleeved shirt. (This was only for the portion of the hike that was open to the coastal breezes.)

I wonder which word once preceded the trail titled, “Heaven Loop”? What has been erased?

Ohlone/Costonoa is a collective name for the First Peoples who once lived in Central California and along the Northern California coast. Many of their legends are centered around coyote, eagle and humming bird, all of which can be found in this part of California.