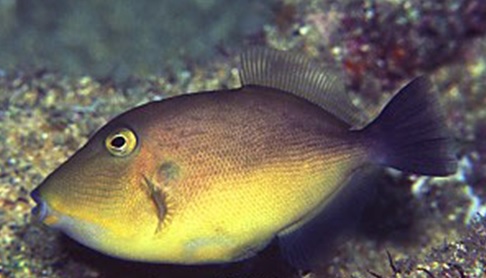 Did you know that Bahia de Cochinos, translated from Spanish to English, does not really mean “Bay of Pigs?”

Although the Spanish word cochinos literally means pigs, in Cuban/Caribbean Spanish, it also refers to orangeside triggerfish. These fish inhabit the coral reefs of Bahia de Cochinos as well as other reefs in the Caribbean, including some in Baja Mexico. The CIA got it wrong: When they sponsored the 1961 invasion of Cuba via Bahia de Cochinos, they were sending their combatants not into the Bay of Pigs, but into the Bay of Orangeside Triggerfish. I wonder if any members of Brigade 2506 expected to find pigs in and around the bay as they launched their failed attack? That would have been hilarious. Imagine keeping your eyes peeled for pigs and wild boars when all along the pigs were swimming beneath your feet/boat. The CIA should have just called the place by its real name, Bahia de Cochinos; no translation necessary.

No laughing matter this:

A group of captured U.S.-backed Cuban exiles, known as Brigade 2506, being lined up by Fidel Castro’s soldiers at the Bahía de Cochinos (Bay of Pigs), Cuba, following an unsuccessful invasion of the island, April 1961. (Credit: Three Lions/Hulton Archive/Getty Images

2 thoughts on “Pigs, Fish, What’s the Difference? Ask the CIA”